True Crime: Rewriting the Ending So the Bad Guy Gets What He Deserves

By: Joya Fields
Congratulations to Tammy J., the winner of Joya's giveaway. Thank you to all who participated.
Thank you very much for hosting me here at Just Romantic Suspense today. I’m thrilled to chat about one of my favorite subjects: justice. It’s a little scary to watch the news some days, isn’t it? When a story bothers me so much that I keep thinking about it afterwards, that’s when it usually gets written into a story. Here are some examples of recent news stories that affected me so strongly, that I had to write about them and orchestrate a different ending for the story: 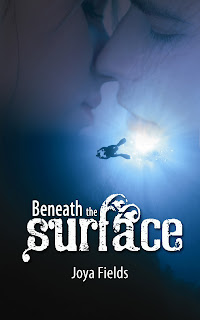 What do all of these stories have in common, beside injustice? They all have a villain who has taken advantage of innocent people. By the time I sit down to write about them, I’m so mad at them for what they’ve done, I’m ready to kill them off in the first chapter. Instead, I write the story as part of a romance. Isn’t that a strange combination, really? Falling in love to the background of crime and murder? It is. Yet, sometimes it takes the worst situations to bring out the best in people, and that’s what romantic suspense is all about.
About Joya:
Joya Fields has had over 100 stories and articles published in local and national magazines and her debut novel, BENEATH THE SURFACE, a romantic suspense, released in January, 2012. LOVE DELIVERED, a contemporary romance, is also now available.
Over the years, Joya has taught arts and crafts, worked in public relations, owned a daycare center, helped her children raise prize-winning 4-H livestock, competed in three marathons, and even spent a year as a Baltimore Colts cheerleader. Joya loves spending time with her high school sweetheart/husband of over twenty years, two very supportive children, and a pug who follows her everywhere. www.joyafields.com
Joya will be giving away a digital copy of BENEATH THE SURFACE to one lucky commenter!


Giveaway ends 10pm EST May 31st. Please supply your email in the post. You may use spaces or full text for security. (ex. jsmith at gmail dot com) If you do not wish to supply your email, or have trouble posting, please email maureen@justromanticsuspense.com with a subject title of JRS GIVEAWAY to be entered in the current giveaway.
BENEATH THE SURFACE
She’s fighting to stay independent—he’s determined to protect her no matter what…
Brooke Richards survived the earthquake that took her parents and most of her leg, but she needs time to regroup. A trip to Florida for a state-of-the-art prosthesis and to visit her best friend Linda seems ideal. But the trip turns traumatic when Brooke witnesses Linda’s boat disintegrating in a fiery explosion.
Police officer Garrett Ciavello believes the blast was intentionally set to hide something Linda found on a dive. When Brooke offers her expertise in underwater archeology, Garrett accepts her help with the investigation. But since his fiancée’s death years ago, Garrett has become overprotective, and as they are drawn to each other, Garrett realizes he will risk anything to keep Brooke safe.
Brooke is fiercely independent. Garrett is fiercely protective. Will they heal each other’s wound and find a killer…before it’s too late?
-Excerpt-
For the first time since the accident, Brooke forgot about her leg. Forgot about all she’d lost and focused on the way Garrett made her feel.
She knew she needed to stop him. She should find a way to resist the temptation to be with him. But for a few minutes, she could enjoy the taste of him, the feel of him, couldn’t she?
He dropped his hands to her waist and softened the kiss before trailing a line of kisses down her neck. A weak cry slipped from her mouth. “Garrett,” she whispered.
She should stop this now before it got any more intense.
He lifted her chin and forced her to meet his brown eyes, smoky with desire. Heat spiraled to her middle and she caught a whiff of his sawdust scent.
“I…I can walk you back to your own room before I head to mine.” His voice broke as he whispered.
She swallowed hard. She couldn’t do this right now with him. Too many obstacles stood in their way. But as she looked in his somber eyes, she realized none of those complications were bigger than her need for Garrett.
“Let’s go to your room,” she said, her voice shaking. She moved her hands inside his shirt and ran them over his tight abs and chest. Heat soared through her body at the feel of him. “Together…”
Connect with Joya
Twitter: @joyafields
Goodreads
Amazon Author Page
Purchase Links for Beneath the Surface
Amazon     Barnes and Noble    The Wild Rose Press
Posted by Maureen A. Miller at 4:35:00 AM